The only guide designed strictly for ease of doing business by HNWIs, UHNWIs, and HNW companies with interest in luxury industry for Asian market and other multi-billion-dollar businesses in the Philippines

Investing in the Philippines today is a strategic approach, which means securing the future for the next generation of HNWIs and UHNWIs—earning highest ROI or more profits than expected. It’s a very wise decision that many from Asia’s 1% of the 1% have been making as they expand their business empires and dynasties throughout Asia.

Starting a Business In Compliance with Local Laws and Practices

In the Philippines, building a foreign business affects the empire’s relationship with the three most important groups of people vital to the empire: the government, the public, and the employees. One wrong move or unpleasant action by the empire’s top official or its representatives affecting the employees, the public, or the government may lead any of these three groups to drag the whole business into public scrutiny and heavy criticisms. And that’s about 60 million “online” Filipinos ranting on social media and running campaigns against the empire, the empire’s shutdown, and the foreigners being declared persona non grata, which will eventually lead to a corporate crisis and financial damages.

To prevent this from happening, key figures and every individual working in and for the empire must unite for the common good while practicing politics and diplomacy at all times—it means following the laws and/or the standard Filipino practices.

Laws are different from practices. Laws are mandatory. But strictly following the laws results in 1) maximizing profits (expected) and 2) maximizing expenses (for sure!) and 3) pleasing the government but 4) not satisfying the employees, which leads to 5) the public sympathizing with the employees.

Practices are methodologies, which have been the norm in any industry to 1) maximize profits but 2) minimize real expenses yet 3) please the government, the public, and the employees.

Who knows about it? Very few. Only the 1% of the 1% in the Philippines. Not even any of the ordinary entrepreneurs doing business in the Philippines knows exactly about the real ingredients with the most accurate measurements to keep wealth and stay in power. We know every single thing perfectly—and in detail.

In the Philippines, new businesses owned and run by the nouveau riche (whether s/he’s a Filipino or a foreigner) may keep wealth and grow it for a short period of time but always never stays in power—and that is because of their unfamiliarity with the practices.

Even if somebody is only a nouveau riche (a foreigner or a local), that somebody may become a “someone” in the common league—the smallest circle exclusively formed and maintained by the upper class society that controls almost every industry in the country—if s/he gets indoctrinated in the Filipino way. Note that this isn’t the way of those that are from the middle upper down to the lower, but this is the way of those who are in the upper echelon of the Philippine society where both laws and practices are applied, and where the standard practices have been their status quo in dealing with everything or anything within the Philippines. 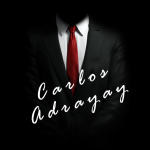